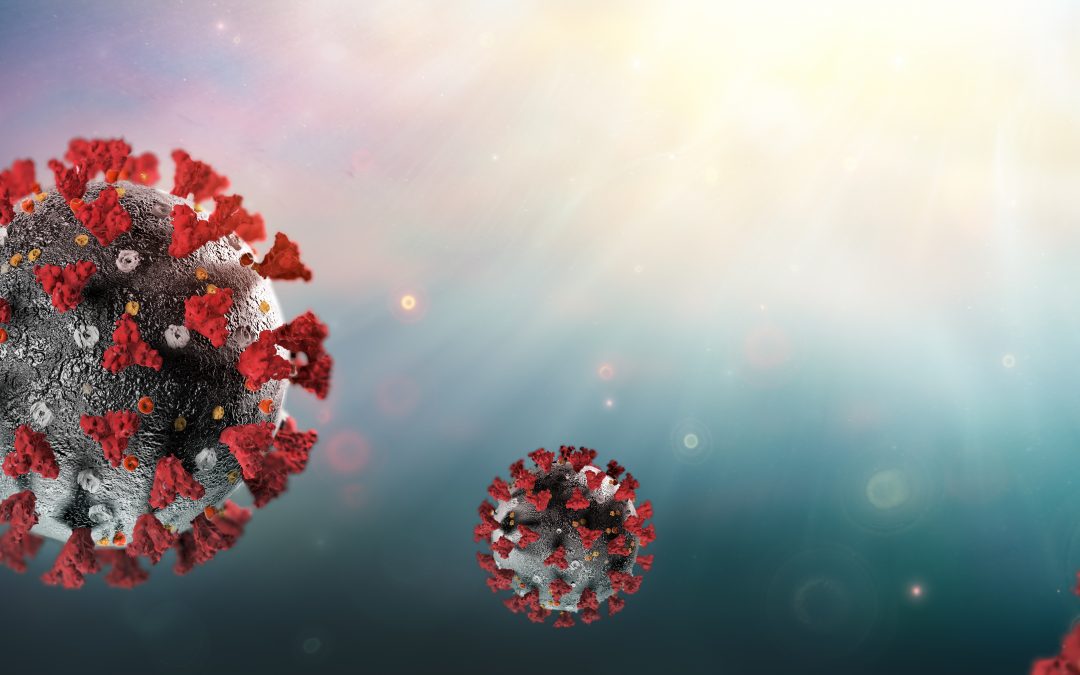 My Morning Musings: Infectious Diseases
Here we are six months into life with COVID-19, and our anxiety levels are still understandably pretty high. Some of the biggest issues gripping our frontal lobe are wondering whether schools should open and in what capacity, whether there will be a vaccine, and if Major League Baseball will be able to finish their season. What to do is the quintessential question because just like eating a banana split loaded with excess fat calories and wholesome fruit, there are pros and cons. I don’t have the perfect answer. However, I can tell you a little about infectious diseases and vaccination.

Infectious diseases are caused by microorganisms (microbes or germs), such as bacteria and viruses, that can spread directly (person-to-person) or indirectly (you touched something that an infected person touched and then you touched your eyes, nose, or mouth). We’re just going to focus on a few because this isn’t microbiology class and there isn’t a test at the end. In addition to COVID-19, common infectious diseases include pneumonia, influenza (flu), chickenpox, and the common cold. Each of these, except the common cold, has a vaccine. Infectious diseases survive because they have hosts – you and me. Populations of hosts create “herds” or “communities.” In order for germs to thrive, they need enough hosts. When they have enough hosts, outbreaks occur. Yet, if enough people are vaccinated against particular diseases, it makes it pretty hard for the germs to survive. If a person does get sick, there’s less chance others can get sick because it’s harder to spread from person to person. Eventually, if enough people are immune to a particular germ, that germ has nowhere to go, it cannot thrive, and the disease can be wiped out. The goal is to break the chain of infection. The number of people necessary to achieve herd immunity varies from disease to disease, but widespread vaccination programs are effective because if enough people in the population are vaccinated, the chain can be broken

Epidemiologists determine how contagious a disease is by tracking its spread throughout a population. Each infectious disease is assigned a number, referred to as R0 (reproduction number). The higher the number, the more easily it spreads through a population. For example, measles has an R number of 18 (R18), which means one person can infect 18 others. COVID-19’s R number is more challenging to determine because it has lag time – the average time between each infection varies. This R number is then used to determine the minimum percentage of the population who need to be vaccinated to reach the herd immunity threshold. For example, anywhere from 30%-75% of the population needs to be vaccinated to create herd immunity for influenza, 92%-95% is required for measles, and models predict that 95% of the population will need to be covered for COVID-19 once a vaccine is developed.

You’re probably thinking, well, I hear what you’re saying, but I have gotten my flu (influenza) shot and I still wound up with the flu. Yes, that is quite possible. Here’s why. The influenza virus is a quick-change artist. Its biology is such that the virus has the ability to change to ensure its survival. The flu has various subtypes, strains, and viral properties. Without going into the deep science of viral replication using RNA, influenza predictions involve the worldwide scientific community. Using the best available data, scientists look at antigenic change (sudden change in the molecular structure of the virus) to predict which strains of flu will be circulating and then formulate vaccines based on this information.

The 1918 influenza pandemic involved the H1N1 influenza virus and killed an estimated 50 million people. About 675,000 deaths occurred in the United States. At the time, 1/5 of the world’s population was infected with the deadly virus. The genes of the virus were of avian (bird) origin, but the genesis of the outbreak is not known. During 1917-1918 it was so severe that life expectancy in the U.S. decreased by 12 years. This flu was unusual: death rates were exceptionally high for people between age 20 and 40. Typically, this age group is the healthiest in the population.

The pandemic occurred during World War I at a time when soldiers were living in close quarters and troop movements spread the disease. It is also known as the “Spanish Flu” but not because the flu originated there. Spain was neutral during the war and reported freely on flu activity. Thus, a name and a misconception were born.

The reason for its virulence (harmfulness) is also not known, although we do know that there were no vaccines to protect people against it. Non-pharmaceutical measures, such as isolation, quarantine, face masking, and good personal hygiene were used, but not applied evenly. The body’s number one line of defense against disease is our skin and mucous membranes. So, washing off the germs is always good practice!

The coronavirus has been on the scientific radar since 2003, when the world experienced the first coronavirus outbreak known as Severe Acute Respiratory Syndrome (SARS). COVID-19 is not SARS, but it belongs to the same family of viruses. Scientists the world over are racing to develop a vaccine, however, vaccine development is a rigorous and complex process involving stages of tweaking and testing, that normally takes years to develop. COVID-19 has been fast-tracked, yet it’s not an easy process; if it were, we’d be able to contain all infectious diseases, and we still don’t have vaccines for diseases like HIV, Ebola, dengue fever, and the common cold.

But one infectious disease that really is good for us and doesn’t need a vaccine is laughter, which research has shown improves mood, relieves stress, alleviates pain, and works the abdominal muscles (feel the burn). So, here’s an anatomy chuckle for the day: What did one eye say to the other? There’s something that smells between us.