Science & Society: Elephant in the Room 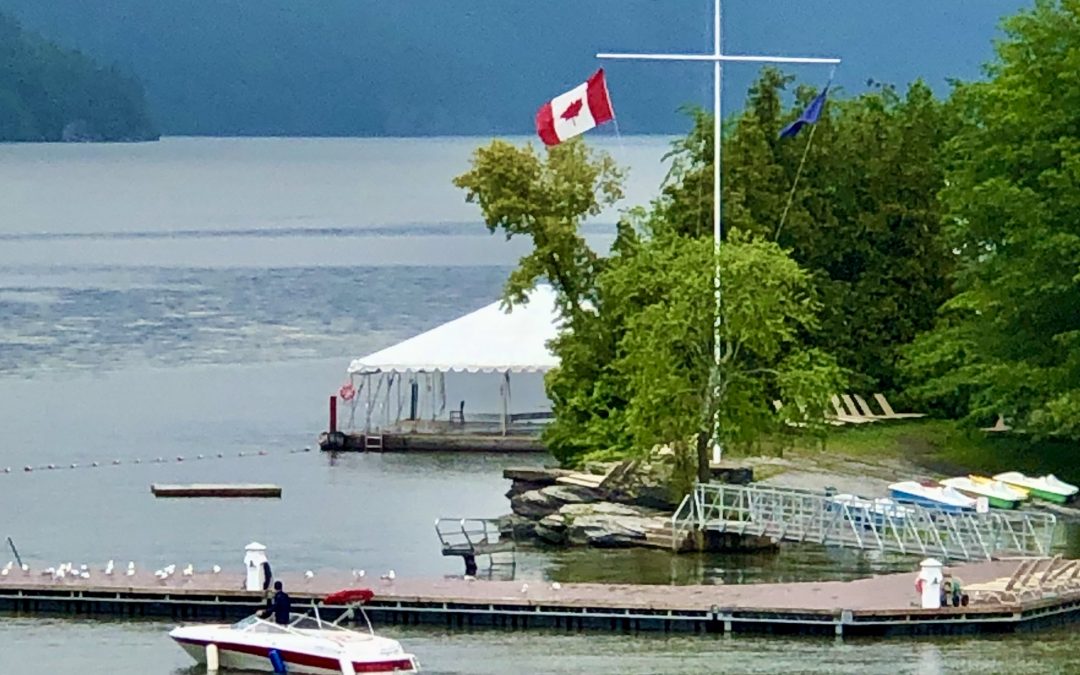 For nearly a year, I have been writing about science and society, linking everyday events to our lives while supplying underlying biological reasoning.  My goal has always been to calm the chaos through the lens of science.  In light of recent events, I thought it ever more important to show the connection between science and society.  So, how in the world can I take a political action and turn it into a scientific endeavor?  It’s easy.  And while the inspiration happened 4 days ago, my brain has only settled enough today to write away my angst.  The word angst means a feeling of deep anxiety or dread about the human condition or world in general, and it comes to us from the German word Angst meaning fear.  (In the German language, nouns are capitalized.)  This word is quite fitting because some time on Wednesday, January 6, 2021, as I watched the events at the Capitol unfold, I saw a scene that turned…my…blood…cold.

That scene? A flag bearing the name of the United States president was draped over the rail of the magnificent Capitol building.  It reminded me of that red flag emblazoned with a black swastika on a white circle, symbolizing Nazi Germany.  When I saw that, I had to prevent cold blood hypothermia by sidling up to my husband, grabbing his hand with my left and holding tight to my Crown Royal Manhattan with my right.  While flags represent many things to many people, in the United States of America, the only flag that should be hoisted on national buildings is Old Glory herself.  During the past few years, the number of flags flapping on poles paying tribute to a person has soared.  Sure, I understand shamrock flags for my birthday, er, St. Patrick’s Day, and Ohio State Buckeye flags on game day, but paying tribute to a political name is pure demagoguery and reminiscent of the Third Reich, the evil behind the Nazi regime from 1933 to 1945.  On this same day, in our nation’s capital, the Nazi flag also took center stage.  Totalitarianism and Nazism were on full display.

The swastika symbol has an interesting history, and were I not touring Carlsberg Brewery (in Copenhagen, Denmark) in February 1988 with some pals, its history might have eluded me. Maybe good beer piques the curiosity.  The “original” swastika, a symbol of well-being and health, is quite old; ancient societies across the globe and Native American people used it routinely.  Carlsberg Brewery used it on their labels until 1940, when they abandoned it completely as Nazism was on the rise.  What was once a positive symbol is now stained by blood.  United States forces liberated Germany in 1945 and planted the American flag on its soil.  To this day, the Nazi flag and symbols of Nazism are prohibited in Germany (and Austria) unless they are displayed in museums or areas for educational purposes.  At this point, I hope you are seeing some irony…

While many know the atrocities dealt by Nazism, including the Holocaust, what many may not know is that some of the horrific practices used had their roots in American science.  A prime example is eugenics, the unscientific and racially biased method of manipulating human reproduction within a population to increase desirable characteristics and achieve a pure race.  The Nazi party promoted all sorts of eugenics and racism.  While Charles Darwin’s cousin, Sir Francis Galton founded eugenics, the movement’s foundation was in the United States with the work of biologist Charles Davenport at New York’s prestigious Cold Spring Harbor Laboratory.  His work commingled science with his personal fascination of perceived human racial differences.  The quest for selectively breeding for desirable traits was no longer confined to peas and pooches.  A horrific example is forced sterilization.  To prevent particular groups of people, namely physically or mentally challenged individuals or those who were living on the margins of society from having children, forced sterilization laws were enacted.  States got to choose who was forcibly sterilized, with over 60,000 sterilizations occurring in the United States.  The first state to have such a law was Indiana, and other states followed suit.  Both men (for aggression) and women (for bearing children) were sterilized:  As a result, more women were sterilized than men.  And while the United States was deciding who should and should not be having children, Adolf Hitler and the Nazis were taking notice and upped the game to sterilizing 350,000 people.  In fact, Hitler sought advice from American scientists to perfect master race creation and pointed to the laws enacted in the United States to justify eugenics significance. Regardless of the continent, the end game was the same:  – a master race of superior individuals was sought.  While the events unfolded last week, did you see any individuals who would have made the superior cut?

People are not peas that crossbreed in controlled environments nor dogs bred for selective traits.  Human genetics is much more complicated than that.  As an example, physically disabled people are quite capable of producing children without physical challenges, just as people without physical challenges can have children with them.  We could also never select for a single trait, like intelligence, because there are too many traits bundled together in the human genome and too many ways genes can express themselves, especially when environment is considered.  We have biodiversity because it adds to our overall genetic robustness.  It’s not as simple as picking the raisins out of chocolate chip cookies.  Even doing that leaves behind a little sticky residue.

So, while we cannot predict the future, we can most certainly learn from the past and shape a world without hero worship.  A world where our common enemy has already been defined by a pandemic.  A world that understands that the notion of race is sociological, and eugenics is discredited.  We have one race and one genome, and it is human.  Grab an Elephant Beer and have peaceful, open discussions.

Signing Off for Humanity