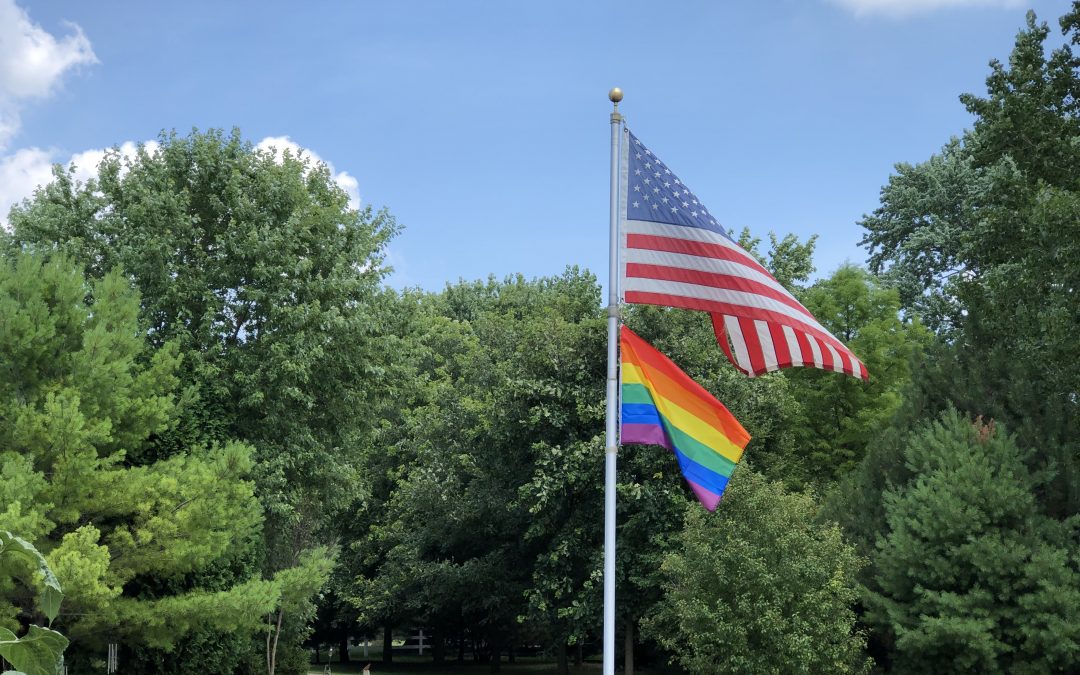 This blog has been marinating for a while, because there is so much to say, yet so much underlying biology to teach in order for any of it to make sense.  Today’s musing centers around sex and sexual identity.  I chose these topics in an effort to link sound science and humanity to two recent Supreme Court landmark decisions.  On June 15, 2020, the Supreme Court ruled in Bostock v. Clayton County, Georgia, that it is illegal to discriminate against LGBTQ employees in the workplace.  This landmark case comes close to the 5-year anniversary of Obergefell v. Hodges (June 26, 2015) that made marriage equality the law of the land, ruling that the fundamental right to marry is guaranteed to same-sex couples.  Both cases involve discrimination against people by reason of sex and sexual identity.  Before we get started, this musing is G-rated.

Usually, sex is a taboo topic, but since the highest court in the land brought it up….it makes sense to apply a little biology to the issue.  Thus, I want to talk about the cases through the lens of science to help everyone understand that we are all humans, all deserving of fairness and equity without discrimination.  These topics are complex because wrapping our brains around the extensive vocabulary list is challenging.  It’s like learning all the muscles in the body (you’re welcome anatomy & physiology students).  Here are terms tossed about routinely for sex and sexual identity: male, female, transgender, cisgender, genderqueer, intersexual, pansexual, homosexual, heterosexual, gay, straight, lesbian, asexual, questioning, fluid, bisexual, curious, and “no label describes me accurately”.  There are no neatly packaged terms with strict definitions, so confusion abounds.

Approaching this from a human biological perspective, let’s begin with some working definitions for our very simplified discussion:

sex = members of a group based on reproductive function, knowing there can be variation

Sex as a label generally falls into two categories, male and female, known as binary sexing.  You hear it in phrases such as “Is the baby a boy or a girl?” and “Individuals are the sex they were assigned at birth.”  At issue in both cases is that the decision-makers who note sex on birth certificates are deciding based on how the external genitalia appear.  However, in the natural world, not all people are born either male or female.  Babies can be born with genitals that are ambiguous, meaning it is difficult to determine the sex; some of these infants are labeled intersex.  In truth, to know with certainty the sex of humans, we need to look at our chromosomes, and in order to do that, we need a karyotype.  A karyotype is a photograph of a complete set of chromosomes in a cell’s nucleus that identifies the number of non-sex and sex chromosomes and what they look like.  You might be familiar with such a test if you’ve seen the results from amniocentesis or chorionic villus sampling, two procedures performed on pregnant women to test for chromosomal abnormalities in developing fetuses.  Humans usually have 46 chromosomes:  22 pairs (44 total) of non-sex chromosomes and 1 pair (2 total) of sex chromosomes, designated XY (male) and XX (female).  Using medical shorthand, this equates to 46 XY or 46 XX.  Chromosome number varies by species, so your dog has 78 chromosomes and your cat has 38 chromosomes.  We’re focusing on sex chromosomes here, as there are numerous other possibilities when we add non-sex chromosomes into the mix, as in trisomy-21 (Down syndrome), in which there is an extra copy of chromosome number 21.  So far so good?

Karyotyping is not reserved solely for prenatal testing.  It also helps us know about ourselves and can help us understand why sex cannot always be determined at birth, as in the case of intersexuality. Intersex people are born with any of several variations in chromosomes, reproductive organs, and hormones that do not fit binary sexing. There are also other examples in which people have too few, too many, or a mixture of sex chromosomes: 45 X (Turner syndrome), 47 XXY male (Klinefelter syndrome), 47 XXX (Triple X syndrome), 47 XYY, and mosaicism (46 XX and 46 XY). In mosaicism, some cells have one karyotype and other cells have another karyotype.  Knowing our sex can help explain some physical characteristics and reproductive capability, but it cannot totally explain our sexual identity.

We do not have a precise definition for sexual identity because it is like trying to define love or Gemütlichkeit, a German word that conveys warmth, friendliness, and an overall good feeling – like being at Grandma’s house eating chocolate chip cookies fresh out of the oven.  What we do know is that sexuality is a normal part of being human, and attitudes about it change with time. This is especially important to note because neither society (nearly 20% of hate crimes are targeted at LGBTQ people) nor the medical establishment (homosexuality was once listed as a pathological condition) has been kind to people who were not heterosexual and white.

Gay and lesbian people discover who they are attracted to just like heterosexual people do; and sexual attraction is the result of individual biology, not choice.  In fact, the animal kingdom is filled with examples of homosexuality, with published scientific papers dating back to the 1700’s.  Given what we know about gene expression, we do know that what drives our sexuality is the same thing that makes us humans:

This demonstrates that biological factors make each of us unique. Are you starting to get the picture that this is a big wide wonderful world of human possibilities?  We are all born into environments we could not and did not choose, with the genes over which we had no say. As a species, our sex and sexual identity fall along a spectrum. And while we can’t pinpoint why that is, it is a part of the natural world.  No differences among us harm any of us – they simply add to the rich experience of our shared humanity.