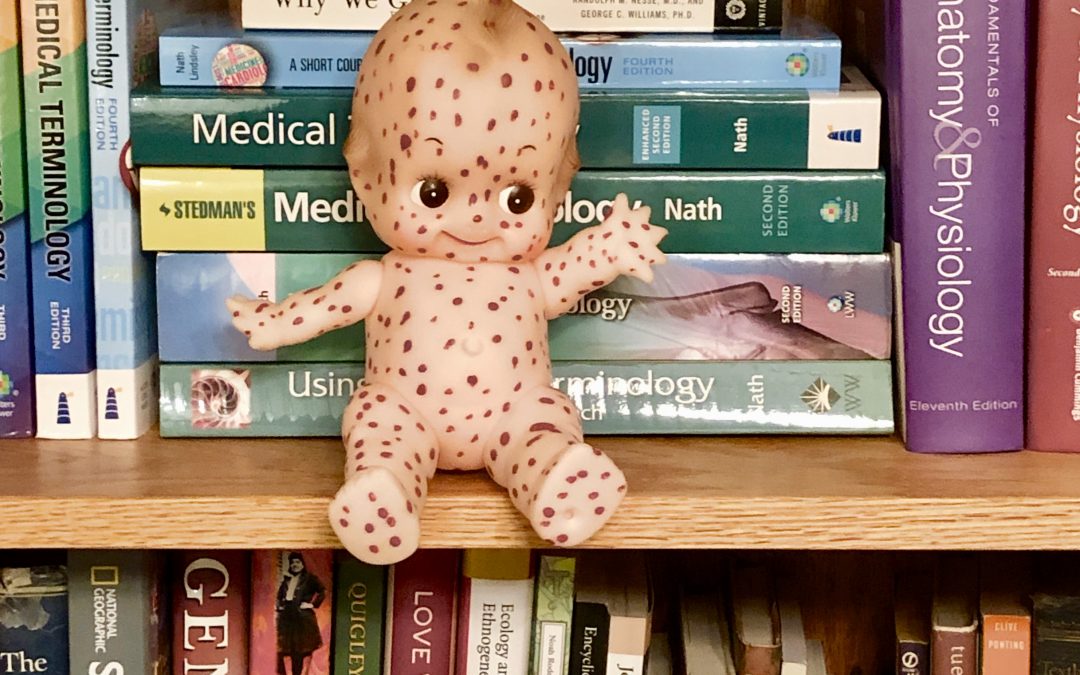 The vaccine is rolling out this week, and in addition to helping Santa deliver all the holiday gifts, our nation’s carriers are ready for mass distribution.  If all goes well, Americans will have the opportunity to be vaccinated over the course of the next year.  Since my last post, many have reached out to me privately asking excellent questions.  To that end, I’m taking this opportunity to do a little post-semester Q&A.

Question #1:  Is the vaccine safe?  Yes. On December 11th, the FDA issued Emergency Use Authorization for the Pfizer-BioNTech COVID-19 vaccine.  Per all the data, this vaccine is safe.  It has been tested on tens of thousands of people; and as the vaccine is administered, more data will continue to be collected. I think what scares people is the thought that this happened so quickly.  It did happen quickly, but the science behind it has been brewing for decades, and people have literally been working around the clock and around the planet to develop a timely vaccine.  This vaccine is the first of its kind to use mRNA, a molecule in our cells that gives other cells the instructions for making proteins.  In this case, the mRNA given in the vaccine instructs our cells to make a harmless coronavirus protein, so our body can make antibodies (T-lymphocytes and B-lymphocytes) to it.  It really makes a template for these antibodies so that if – or when – we encounter the real virus, we’ll already have a pattern in hand to make antibodies and disable the virus.  Think of it as being a tailor and making/sewing a pair of pants from scratch.  The first time, it’ll take a while.  But, if you had a pattern you could copy, it would be much easier.  So, the template for the antibody is the pattern.  If your body encounters the virus, antibodies will be made from the template and render the coronavirus harmless.  Let’s circle back to the decades-old science:  Scientist, Katalin Kariko (shoutout to women in science!), had been working with mRNA to fight disease since the 1990s.  Her work was largely unrecognized, she had trouble getting funding, and nobody saw value in her research proposals.  But science is a grind.  The road was long and winding.  To make a long story short, with time, collaboration, further findings, and the proverbial “a ha moment”, a collaborative paper written in 2005 laid the foundation for our vaccine.  Once the vaccine was developed, thousands of people were tested and the usual protocols for efficacy and safety followed.

Question #2:  Is it made from aborted fetuses?  No.  Its active ingredient is 30 mcg of nucleosidemodified messenger RNA encoding the viral spike glycoprotein of SARS-CoV-2.  Plus, sugar and spice and everything nice. This is the fancy way of saying it makes those spikes seen on images of the virus, but these spikes are not the real deal – our body only thinks they are.  Speaking of deals, there is a great deal of misinformation regarding science these days, so it’s at times like these that we have to look at the source of the information.  It’s also understandable that the Catholic community may be skeptical because two Catholic bishops published misinformation about the vaccines in development; however, the U.S. Conference of Catholic Bishops distributed a memo after the misinformation was published and reiterated the Church’s position about vaccines, stating that Catholics should have no moral qualms about getting vaccinated.  But, if you missed that second memo, you are left with false belief.  That’s all I can say on this issue, because I stay in my lane.  But many folks are people of faith and faith leaders will play a role in reaching people who are vaccine hesitant.  It’s important that they have facts.

There are people trained to give facts; among them are healthcare workers, physicians, public health officials, and others with advanced education from the CDC’s Epidemic Intelligence Service.  That means that there are plenty of qualified individuals who can message consistently and accurately without politicizing.  We need these people. Protesting on their lawns and scaring their children is the medieval equivalent to shooting the messenger.  Let Krampus or Chucky frighten the children.

Question #3: Can I trust the science?  Yes.  You trust science every day without question.  Examples are widespread, from taking a pill for your headache and using your microwave oven to melt the cheese on your Doritos, to driving your car or reading this post on your computer.  While “armchair science-ing” has become a thing, I don’t think any of us would step aboard a 747 airplane and give the pilot a flying lesson.  It is, however, important to understand the foundations of science so we can call bunk when we read or hear it, just as it’s important to comprehend how a plane stays in the air so we don’t freak out when the aircraft experiences turbulence.  In all these cases, we learn to trust each other because that’s what makes living in a society work and what enhances our human experiences.  We each have skills that contribute to the common good.

Question #4: Would I take the vaccine?  Yes.  In fact, I’m the poster child for vaccines.  You see, I had chickenpox as an adult, predating the 1995 vaccine.  I know where I contracted the virus – thank you twin nieces – but the fact that I made it to adulthood without succumbing to the contagion shows that you cannot rely on herd immunity to keep you safe.  So, if you’re lecturing on a Friday afternoon and picking your face because you think you have a zit outbreak, check your vaccine record.  It might save you a scar or two.

[Doll with chickenpox: Gag gift from art professor, Erin Palmer Szavuly; given upon my return to campus after my contagious period ended]