Vaccine Hesitancy: The Woman That Deliberates is Lost 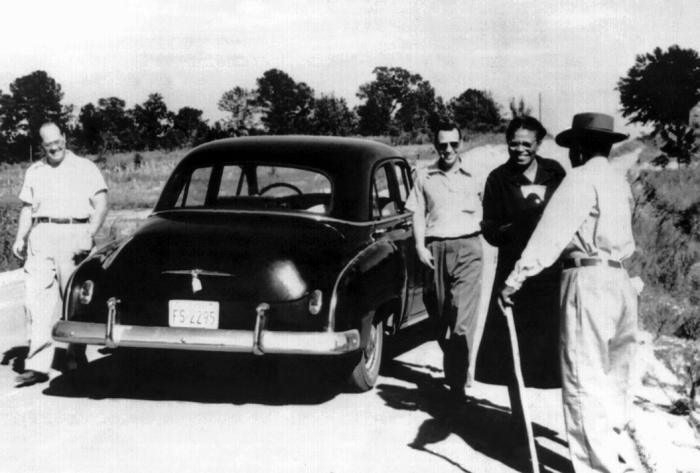 There’s an old saying that goes something like this: “A lie can travel halfway around the world while the truth is still putting on its shoes.”  This 1710 maxim, attributed to prose satirist, Jonathan Swift, is as relevant today as it was 311 years ago.  I bring up the point because there’s a lot of misinformation – and misunderstanding- surrounding vaccines.  Oftentimes it is difficult to tell the difference; but in many cases, it is leading to COVID-19 vaccination hesitancy.  Like our three-century old quote, vaccine hesitancy is not new and has been around since the first vaccine was developed.  However, vaccine hesitancy is a growing trend, and for the world to eradicate and manage SARS-CoV-2 (the name for the virus that causes COVID-19), about 67% of the population needs to be vaccinated to achieve herd immunity.  Herd immunity is the percentage of the people in a community who need to be vaccinated to decrease the risk of infection in a population.  The percentage varies depending on the infectious disease, but scientists right now think this is the magic number.  Note that this number may change because our novel coronavirus has mutated (as expected – that’s what viruses do to survive), and there are several variants working the globe: From the United Kingdom we have B.1.1.7, South Africa’s version is 1.351, and Brazil has P.1.  Not very fancy names, but all seem to spread easier than SARS-CoV-2, the one for which vaccines have been developed.  Let’s go through a little Q&A.

Why get vaccinated?  The main reasons are to protect yourself and your family.  The vaccine will protect you by creating an antibody response and it will protect you from getting sick.  Getting sick can lead to serious complications, life-long debilitating issues, or death.  If you are vaccinated, you also protect those around you, especially people who are at increased risk of getting sick because of age or underlying health condition.  According to the CDC, 60% of Americans have an underlying health condition or chronic disease – we’re not a healthy people on the whole.  Look at the number of people who have died from the dreaded disease: As of today, over 433,000 people in the United States have died from COVID-19.  Without widespread vaccination, we can get sick from the disease or spread the disease.  It’s a travesty when someone dies from a vaccine-preventable disease.

How do the vaccines work?  Both the Moderna and Pfizer-BioNTech vaccine use messenger RNA (mRNA).  Think back to high school biology; mRNA gives the instructions for making protein.  The coronavirus has these spikes (you’re familiar with the picture by now) on their surface called S proteins. The vaccine gives our cells the instructions to make harmless S proteins, which are then displayed on our cells.  Our body recognizes this as foreign and begins mounting an immune response and making antibodies to it.  So, when the real deal does come along, the body can pull out these antibodies it learned to make from the mRNA vaccine and render the real virus harmless.

Weren’t those vaccines rushed?  While the vaccines were rolled out within a year, the technology behind them was decades in the making.  Plus, coronaviruses are not new.  Remember the SARS outbreak in 2003?  That was a coronavirus (SARS-CoV).  Moreover, one has to consider that scientists around the world were working on this vaccine.  Many interrupted their own research projects to come aboard in a global effort to combat the pandemic.  Time is of the essence here, because the virus is mutating, thus we have to get enough people vaccinated so the virus has nowhere to go.  Right now, the world is its playground.  This virus only lives if it has a host, and that host is us.  It’ll play the odds:  it won’t kill everyone because that would be self-limiting.  But it certainly will kill lots of us, make lots sick without killing, or hunker down so there are just silent spreaders.  It will do whatever it takes to survive.  You’d think we would do the same – especially since we have a brain and viruses don’t.

What are the risks or side effects of the COVID-19 vaccine? As with anything you put in your body, there is risk.  When I teach pharmacology, the first lecture begins with, “Any drug has the potential for a side effect because each person is an individual with an equally individualized immune response.”  As an example, you might be able to eat peanuts or shrimp just fine and dandy, but your nephew might have a life-threatening severe reaction.  Risks from COVID-19 vaccines range from swelling and pain at the injection site, to fever, chills, tiredness, fatigue, achy muscles, and malaise to nothing at all.  If side effects do occur, they usually subside within one to three days. According to the CDC, about 23.5 million doses of vaccine have been given.  If serious reactions occurred, it was generally within 15 minutes.  There have been 129 deaths, but these were patients in long-term care facilities and the deaths could not be linked directly to vaccine administration.  That is, when looking at deaths that generally occur across the same amount of time in these facilities, this number matches expected death numbers for the population.

Will Bill Gates be tracking me?  No.  There is this wild conspiracy theory that Microsoft co-founder Bill Gates has a diabolical plan for implanting trackable microchips, using vaccines as the vector.  These stories are being spread by anti-vaxxers, and like many online medical myths, they spread faster than truths.  There are so many Bill Gates conspiracy theories out there that my blood pressure was reaching stroke level, so I had to stop reading.  While it is true that Bill and Melinda Gates are keenly interested in vaccines, their goal is to fund research, development, and dissemination of vaccines to eradicate the world of deadly infectious diseases.  Whereas they care about humanity, they really don’t give two hoots about where you are or what you had for breakfast.

How can I trust the government or medical people to administer the vaccine?  This is an excellent question because history hasn’t been kind to some people.  The notorious 40-year Tuskegee syphilis study (1932-1972) tells the horrific tale of enrolling poor black males into a research project under the guise of treating “bad blood,” which was the phrase used by people in Alabama for syphilis.  The federal government recruited people by offering free medical health care, when in reality, the doctors were chronicling what happens to men affected with syphilis who were not treated.  The study continued even when there was available treatment for this infectious disease.  Were it not for a whistle blower, who knows how long this disgraceful practice would have continued?  History is replete with other immoral and unethical experiments including gynecological experiments on enslaved women by Dr. James Marion Sims (1840s), using radioactive substances in developmentally-impaired male children at Fernald State School (1946-1953; Waltham, Massachusetts), and injecting cancer cells into noncancerous patients at Jewish Chronic Disease Hospital (1963; Brooklyn, New York). Since this time, measures like review boards have been in place to ensure informed consent along with ethical research protocols for using human subjects.  People also have the right to quit the study at any time. The Belmont Report of 1974 forms the founding principles upon which research using humans must adhere.  These include respect for persons, beneficence (producing good with moral obligation), and justice.  Under FDA regulations, institutional review boards (IRBs) are established to protect human subjects before and during clinical trials. So, hesitancy on this front is understandable; but we must remain hopeful that we’ve learned from our past and science is done ethically and responsibly for the greater good.

Take-Home Message: Using the best science we have at this time, the current COVID-19 vaccines were developed and have a high-efficacy rate.  Vaccination protects against many infectious diseases and can make our communities safer.  The world is suffering right now.  Americans are dying.  Everyone is yearning for a better life.  So, take one for the team – and your loved ones!

[Photo Credit: From the CDC’s Public Health Image Library, ID# 7854. This historic photograph was created during the Tuskegee Syphilis Study, and depicts Eunice Rivers, RN (second from right) with two colleagues, while visiting a patient (far right) in Macon County, Alabama. Nurse Rivers was assigned to the study in 1932 and was the only staff member who remained through the study’s 40-year period.]