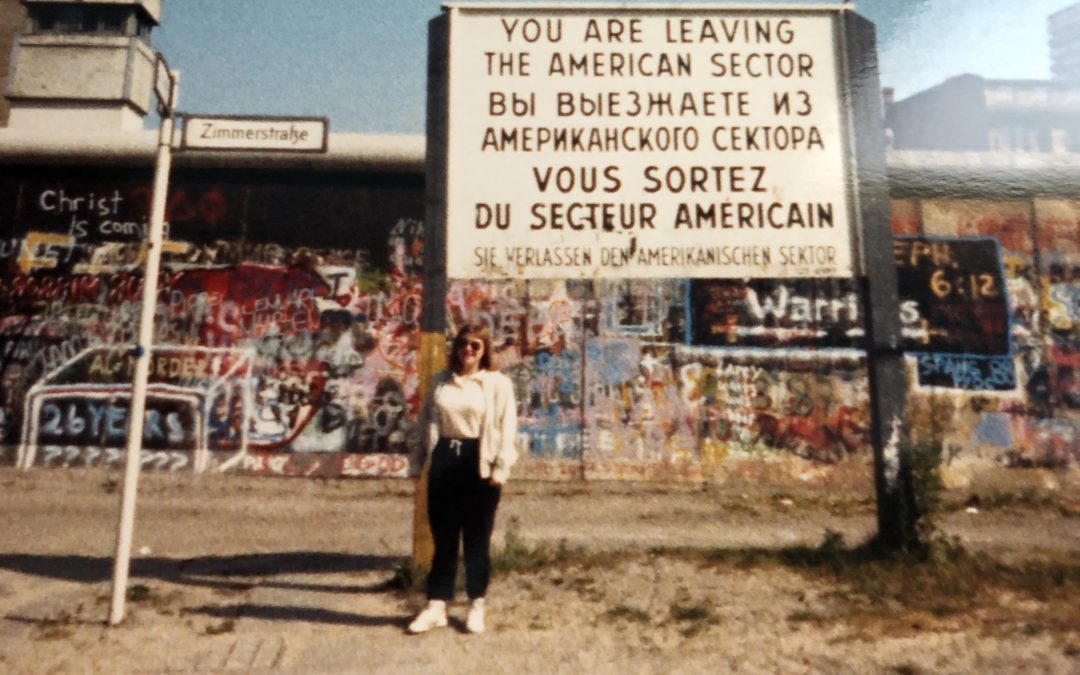 Yesterday in history, August 13, 1961, East German soldiers began building the Berlin Wall, a foreboding structure whose purpose was to divide the city and its people between Soviet-controlled East Berlin and the democratic western section.  While a student studying at the University of Salzburg (in Austria, where there are no kangaroos), a group of friends and I visited the wall in May 1988 (see attached photo and don’t judge that younger version of me who discovered Stiegl Bier that year).  We made a mockery of the vertical structure as we were freely ensconced on the western side; yet when we ventured into East Berlin at the famous Checkpoint Charlie crossing point during those days of the cold war, our smugness evaporated and quickly morphed into paranoia, fear, and gut-wrenching sadness.  This human created barrier separated people and their extended families for years.  On November 9, 1989, that heavily guarded 12-foot structure of barbed wire and cinder blocks came tumbling down.  These events still leave me wondering about lessons learned and common humanity.  As a species, we share about 99.9% of our DNA with all other humans.  It’s the 0.1% that makes each of us unique.  Said another way, we’re remarkably more alike than we are different.  Interestingly, we also share about 60% of our DNA with a potassium rich, yellow, plantain-like fruit… which might explain why everything is just so bananas right now.